The Truth is that Women have been Languishing for Years 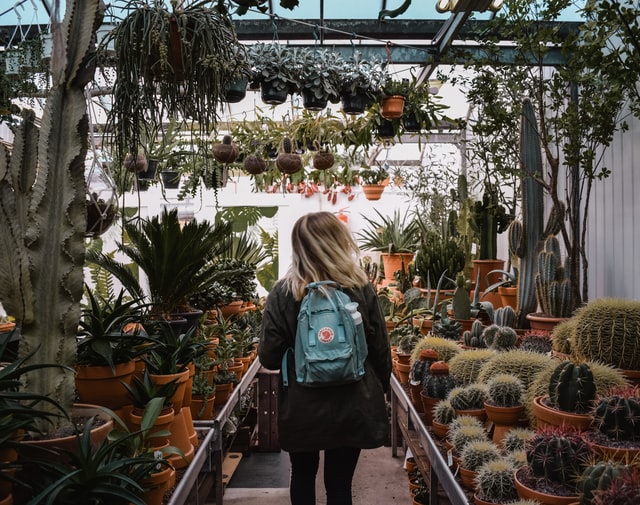 Are you languishing or flourishing?’

In a New York Times article by writer Adam Grant that went viral in April, we all nodded our heads at the fact that, yes, indeed we are languishing right now in the messy middle of this long, drawn out global pandemic.

Adam Grant, an organizational psychologist at Wharton and author of books such as Originals and Give and Take as well as host of the TedX podcast WorkLife, wrote in this article that we are all languishing, which he defines as the following:

“Languishing is the neglected middle child of mental health. It’s the void between depression and flourishing — the absence of well-being. You don’t have symptoms of mental illness, but you’re not the picture of mental health either. You’re not functioning at full capacity. Languishing dulls your motivation, disrupts your ability to focus, and triples the odds that you’ll cut back on work. It appears to be more common than major depression — and in some ways it may be a bigger risk factor for mental illness.”

Like most, I felt a big YES when I read this … that is how I am feeling. I am not used to languishing. In fact, 2020 was my best year ever for many personal and professional reasons.

But 2021 has been less than thrilling for many reasons. At times it has felt exhausting and depressing.

Grant wrote in his article: “Languishing is a sense of stagnation and emptiness. It feels as if you’re muddling through your days, looking at your life through a foggy windshield. And it might be the dominant emotion of 2021.”

So I resonated with his belief that we are languishing.

Until I got to thinking more about my own research for an upcoming project and sat with the idea … and then it occured to me.

Women have been Languishing for Years

Most women — and those who identify as women — have been languishing for years — decades even.

How do I know?

Because I have been working with women for a decade and every email, every webinar, every coaching discovery call proves my point.

Grant explains in his article that the word languishing was coined by sociologist Corey Keyes, “who was struck that many people who weren’t depressed also weren’t thriving.”

Such has been the case for many women juggling a family and a career or business — with no room for self-care — for years.

Don’t let the influencers influence you into thinking it’s just you who’s not thriving. Their product is likely not the solution you need to finally feel happy, content or hopeful.

What we need is for all of us to pitch in and try to change the entire system for ourselves — and for all families.

In my experience as a working mother over the past 15 years, I have had to fight very hard to flourish and that doesn’t even consider my privilege as a white woman. I have worked hard AND it’s been a struggle, a hustle and a constant uphill battle to keep my mediocre life afloat.

Sometimes it feels like all we’re doing is trying to climb to the top of the pile or keep ourselves from falling into despair.

This doesn’t even begin to explain the hardship of Black and Brown women who have been trying to thrive while coping with struggles such as high unemployment rates, police brutality, trauma of all kinds and racism at work and in their communities.

So what has been the cause of women’s languishing long before the pandemic?

First and foremost, the causes of our languishing is a systemic culture and power system that has consistently added more pressure and more responsibilities to womens’ plates while simultaneously preventing women from rising in the ranks at work or in society compared to men.

The truth is that none of us have been flourishing as much as we could be or should be given the economics of this country and world. Our lives are not easy. They are filled with hardship not because we don’t work our butts off but because of the power systems we are forced to live within are stacked against us.

And that is the case especially for Black and Latino Women as well who, according to the 2019 State of Women in the Workplace, “Black women and women with disabilities face more barriers to advancement and get less support than other groups of women.”

And that’s not all, that same report in 2019 — just a year before the pandemic began — also reported the following:

As long as some of us are floundering, we’re all going to keep languishing.

Grant’s viral article pointed out what women have known for a long time — that we are stuck. Women are trapped in a life that culturally and systemically believes that women and families need to do it all and at the same time are held down and back by a broken system that prevents them from getting ahead.

In fact, this messy middle that we are in is only pointing out our flawed our system for helping all people thrive is failing.

Feeling good shouldn’t be this hard.

The so-called antidote to languishing is flourishing.

Flourishing is the ability “to find fulfillment in our lives, accomplishing meaningful and worthwhile tasks, and connecting with others at a deeper level—in essence, living the “good life,” according to Martin Seligman, the founding father of positive psychology and author of Flourish.

I happen to be trained and certified in helping my clients flourish and thrive and we use the flourishing model to do that. That’s a big part of the work I do with my high achieving clients who are also caretakers. And it’s also why I know that women have been languishing for far longer than this year.

There are six parts to the flourishing model that need to be accessed and tended to in order to flourish:

Before the pandemic, the average results of Harvard’s Human Flourishing Program Flourishing Quiz was 70. Now it’s 65. Of course this is based on who has had the time and been targeted in taking the Harvard quiz but let’s just say the average isn’t flourishing at 70.

One commenter on the quiz article wrote this:

“As a Black woman living in Minneapolis – it is hard to be “flourishing” – when any day someone you love may be murdered by the police for being Black. When you are protesting for the right to be alive. Looking at India and Brazil – how can anyone not be sad? Over a million people will die from Covid19 in India. Pregnant women and babies dying in Brazil. The grief. This Humanist is not flourishing – but I am happy to be alive, vaccinated, housed, and have everything I need, including love.”

The fact that so many of my clients actually enjoyed the Great Slow Down the pandemic caused proves my point. The hustle-culture that our lives had been turned into before Covid-19 struck was a dead-end street for women and families.

The Great Pause that we had to be together, to slow down, to bake and read books was a welcome sigh of relief for many. And the idea of returning to that hustle and grind is not appealing for so many.

But we don’t want the pressure, the non-stop go-go-go or the demoralization that many felt in the workplace or in their communities.

Recognizing you are languishing — and have been — is the first step in doing something about it.

The Art of Flourishing isn’t a one-time fix but rather a long journey of life changes that boost your positive energy and your meaning and purpose for being on this planet. This is the work I do with my clients. Earlier this year, I shared my method overview in my free Rise Stronger Challenge.

But self-care alone isn’t going to help you flourish.

If you are trapped in a demoralizing job that isn’t paying you enough or if you are caught up in a business that isn’t providing for you in mind, body and spirit, it will be hard to experience true flourishing.

But to flourish … that’s a different ball game.

Changing your life to have more meaning, more purpose, more impact so that you can grow forward is the Brave Yes Life I’m trying to spread and get to catch on for women.

I am one of the lucky ones. While my income isn’t always flourishing as we need as a family, my meaning and purpose for my life is the primary guide for my everyday life.

This is a big reason why I scored an 85 on the Flourishing Quiz. The only reason it wasn’t higher was because I still haven’t been able to connect with people the way I need to thanks to the pandemic. But I expect that to change soon.

Over the next several weeks, I am going to dive deeper into these power systems and the politics of what is keeping women — and those who identify as women — stagnant rather than flourishing — and I’ll share what resources we can use to help shift this paradigm. I’ll be releasing a new series of blog posts/podcasts breaking down what’s really happening to keep so many women feeling trapped and stuck and unable to flourish.

In other words, I’m going to be talking about the politics of languishing.